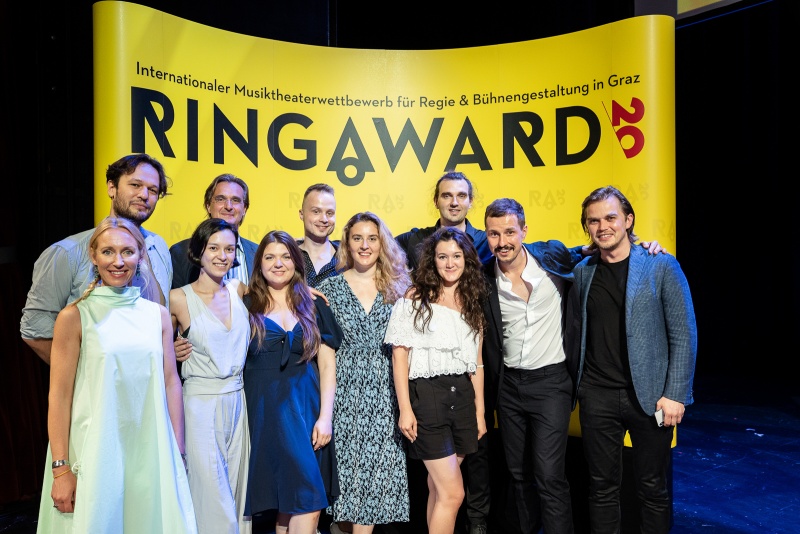 On the weekend of 26/27 June 2021, the finals of the Ring Award, the only international music theatre competition for stage direction and stage design, took place in Graz
Photos: Susanne Hassler-Smith

It was the 25th anniversary of this unique competition. The founder and artistic director Heinz Weyringer has not only built up this competition, but has also brought it to where it is today in a unique way with skill and sensitivity.

Three international teams were selected for the finals. The competition opera was Wolfgang Amadeus Mozart's masterpiece "Don Giovanni" one of the most multifaceted works in the opera canon. The challenge for the teams was the third act with its highly dramatic ending. After the respective realisations of the third act, there was the "Speaker's Corner", where the audience and the jury had the opportunity to ask questions to the teams, and much use was made of this opportunity.

All three teams succeeded in presenting three distinct works in terms of direction, sets and costumes to the audience and the jury. It was not an easy task for the jury to award the first prize here, and yet the decision was unusually clear and unambiguous for the audience and the jury alike with the awarding of the first prize to the team of director Krystian Lada from Poland, great congratulations from all sides!

On the occasion of its 25th anniversary, I wish the artistic director Heinz Weyringer and his team continued good luck, and congratulate the international jury, which is made up of such a diverse group of artistic directors and renowned directors from all over Europe, on their excellent decision.