Bayreuth is finally back - and much less complicated than previously imagined 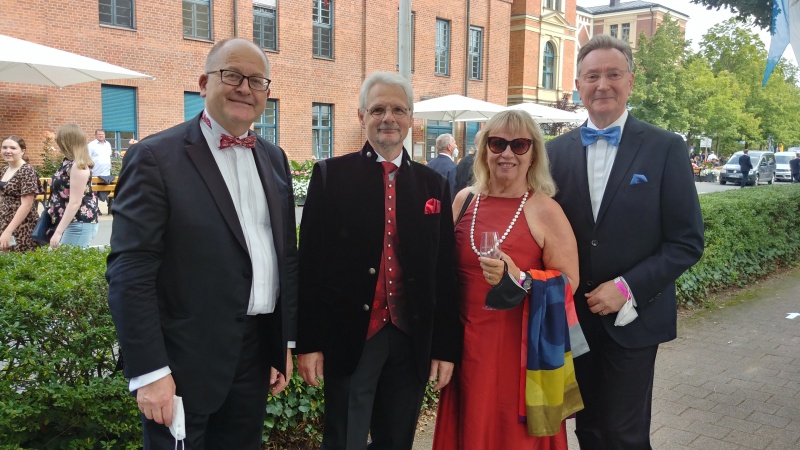 The premiere of the Fliegender Holländer proved to be an eloquent and highly dramatic experience for the audience, despite the long shadow of Covid
The premiere on 25 July was under the shadow of a dark star due to Covid 19, but thanks to the highly motivated Festival management with Prof. Katharina Wagner and the perfectly organised artistic team, the premiere performance of the" Flying Dutchman" directed by Dmitri Tcherniakov was very eloquent and highly dramatic for the audience, including the shooting of the Dutchman by Mary with her rifle.  But you have already been informed about this by the international press and it will not be the subject of my report.

In the run-up to the premiere, the ticket-hunting public was already very worried about the festival taking place, because the festival initially announced in the spring that probably only 350 spectators would be admitted. When it was announced a few weeks before the start that about 911 spectators would be able to attend the performances, advance ticket sales picked up, as did the relief of the audience. Since advance ticket sales were handled exclusively via the Festival's online portal, tickets were initially sold out within a few days, only to be relaunched with an extra contingent at a later date. This meant that almost all the familiar faces from previous years were present on the Grüner Hügel, and it was possible to re-book individual tickets for other performances. All in all, a very successful pre-sale, which then led to a sell-out, as we are used to, until the very end.

The accreditation of the audience was much easier than expected. In the morning, you could get your colour wristband for the same day at the registration offices in the city, presenting your ticket and identification papers with a fresh test or Covid vaccination card on your mobile phone, and in the afternoon you could get into the Festspielhaus without any problems. For the first time, one had the pleasure of enjoying a half-full house with free seats next to it, which nevertheless felt and looked full in the photos. The technical achievements of fibre optic cables and other possibilities led to an almost completely "normal performance" of the premiere with an offstage chorus that sang and a performing chorus on stage that only marked the singing and was perfect in its acting.

Before the performances and in the breaks, there were no problems with feeding the audience thanks to the many stalls set up. All the guests appreciated the slightly carnival character of the atmosphere under the circumstances of the Covid 19 pandemic. But all agreed that it should not be present in the long run at "normal festivals". Which is probably not what the festival management had in mind.

The audience was definitely international in character, which was noticeable in the conversations during the breaks. English and French were spoken and there were also prominent guests during the first days, apart from the premiere. Of course, most of the guests from overseas, such as North America, Australia and other countries of the world, were missing, but this was partly mitigated a little by European guests.

The German Chancellor and her husband travelled from Berlin for the premiere, and the Bavarian Minister-President was also present with several members of parliament.

RWVI President Rainer Fineske was accompanied to the premiere and subsequent performances by French Ambassador to Germany Anne-Marie Decôtes and Icelandic Ambassador Gunnar Snorri Gunnarsson. International chairmen and presidents of the Richard Wagner associations were also present during the premiere days, who were particularly pleased about the Festival taking place and were happy to make the long journeys.