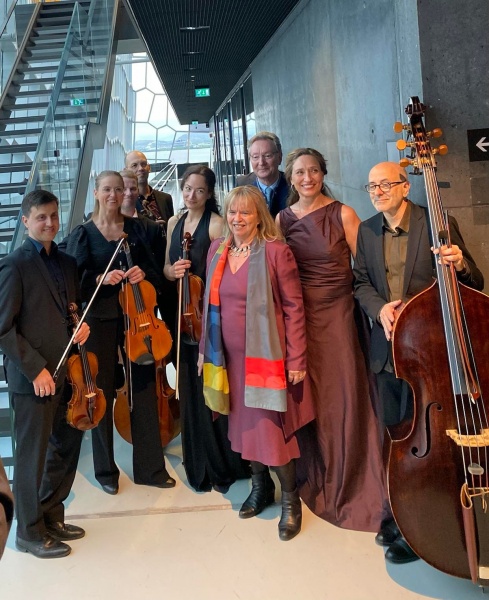 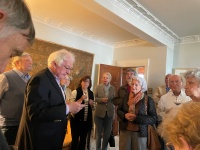 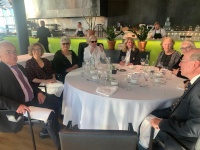 RWV Iceland hosted a very successful and entertaining keyword with representatives of Wagner associations from Europe, Africa and the USA
It was with great pleasure that the Richard Wagner Society, Iceland, received chairpersons and/or members from Wagner Societies in Nairobi, Dresden, Karlsruhe, Heidelberg, Lisbon, Berlin and Frankfurt as guests for its keyword "Richard Wagner and Iceland".

Also in attendance was a group of 20 people from America with Great Performance Tours. The President of the RWVI, Rainer Fineske and Torsten were also there. Most of them arrived on the first of June and after an excursion "Golden Ring" on Thursday, 2 June, there was the concert "Intimate Wagner" with Reykjavik Chamber Orchestra in collaboration with the German violinist Martina Trumpp and the outstanding singer Hanna Dora Sturludottir.  On the programme: Prelude and Liebestod from Tristan und Isolde, Siegfried Idyll and Wesendonck Lieder. On 3 June another excursion "South Coast" followed by a reception at the home of board member in the Icelandic Association, Fridrik R. Jonsson and his wife Kesara. On 4 June the symposium "Iceland and Wagner" at the university, in German in the morning and in English in the afternoon. President Fineske opened the symposia with salutations. Presenters Arni Björnsson, Arni H. Ingolfsson, Danielle Buschinger, Selma Gudmundsdottir and Thorhallur Eythorsson.

4 June at 5 pm there was a concert by the magnetic, fascinating singer Barbara Hannigan, who also conducted the symphony orchestra. This was followed by a gala dinner at la Primavera restaurant in Harpa.

It didn't end there, because perhaps the highlight of it all was the piano concert on Sunday 5 June by the multi-award winning virtuoso and former Hanover scholarship holder, Albert Mamriev. An Israeli citizen but living in Germany, Mamriev has played Wagner's music for over 10 years in concerts far and wide, not only the original music but also all the Wagner-Liszt transcriptions. Albert was very pleased to meet so many Wagner Association members and even sat down at the grand piano at Jonsson's reception on 3 June to welcome the guests. He would be very happy if the associations would invite him for concerts to play Wagner. But he does not only play Wagner, on his programme there were two of the last Beethoven sonatas. The concert was a huge success! (www.albertmamriev.org)

The Chairperson, Selma Gudmundsdottir and the Board of the Icelandic Association thank RWVI for their support and all the attendees for coming!