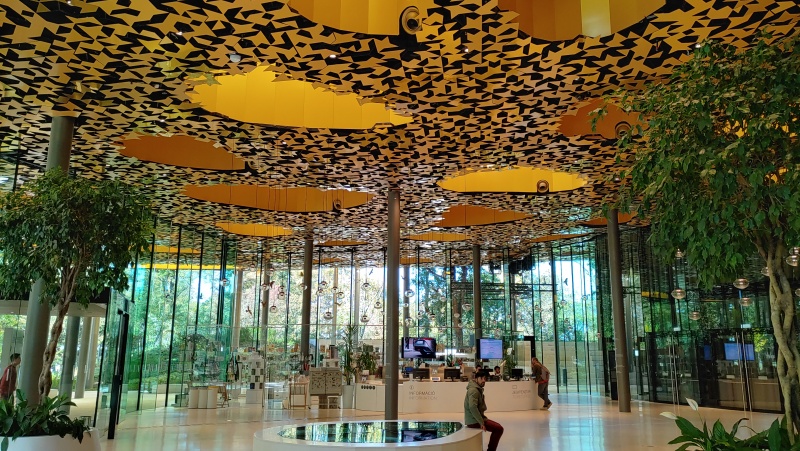 The Richard Wagner Society in Budapest celebrated its 150th anniversary from 8.10 - 11.10. 2022
A report from president Rainer Fineske:

Budapest, the vibrant capital of Hungary, is worth a visit in many ways. This year's reason was a very special one. The Richard Wagner Association Budapest celebrated its 150th birthday from 08.10.-11.10.2022.

What is especially remarkable is that the association and its foundation in 1872 can be traced back to the famous Austrian/Hungarian cosmopolitan, pianist and composer Franz Liszt. The world-famous musician was regarded early on as a patron of Richard Wagner's works, long before he became his father-in-law. It is not surprising that he later became the father-in-law of Richard Wagner, because there were always particularly close relations between Liszt, Wagner and Hans von Bülow. Bülow was considered Liszt's favorite student and he was the first husband of his daughter Cosima née Liszt-D'Agoult.

In its development and history, the RWV Budapest has always been an association with a large presence and corresponding sponsors, not only in Budapest, but also in the entire Austro-Hungarian Monarchy. Today it takes an active part of Budapest's cultural life and sends scholarship holders to the Bayreuth Festival almost every year.

The board had put together a special program for its guests, which included privately guided visits to the renovated State Opera, with guests of the German Embassy, and to the "House of Music" opened in January 2022 near Heldenplatz. There was also a guided tour around the city. The architect of the renovated State Opera and the newer music hall MÜPA is the chairman of the Budapest Association, Gabor Zoboki. A very committed chairman of the association and  a great friend of the music of Wagner and Liszt.

In general, it has to be said that the city has made a big leap forward since our international congress in 2017, i.e. in five years. Not only in terms of the renovation of old private houses, 90% of which consist of condominiums, but also in the government district in Buda, next to the castle, all ministries that were destroyed in the war are being rebuilt in the original. Very little or almost nothing has been said about international funding or money from EU funds.

On Saturday 09.10.22 we were invited as guests of the association to the Hungarian State Opera. On the program was the ballet "Meyerling" to the music of Franz Liszt, compiled and arranged by John Lanchbery. It is about the life and suicide of the young heir to the throne Rudolph and his lover, baroness Mary Vetsera. Rudolph   the only son of Emperor Franz Josef and his wife Elisabeth, called Sissi. The title is borrowed from Meyerling Castle, where the suicide of the two unhappy lovers took place. It  is, as far as I know, the only ballet in which even an aria is sung.

The highlight was the big Wagner and Liszt concert on Monday 11.10.22 in the MÜPA, which included the scene of Waltraute, the scene of Erda with Wotan and Wotan's farewell, the great Budapest Symphony Orchestra was conducted by Pinchas Steinberg. Michael Volle, who performed Wotan, already had a “warm up” from Berlin, as he sings Wotan in three rings there.

The president and the famous singer Eva Marton had been invited as guests of honour in the box of the director, who himself was present, introduced a little bit the program, accompanied us at the receptions in the house and took care of introducing us to other guests of honor. It was a great party and an evening with as well enthusiastic international as Budapest audience in a fully attended house. The date for the festive days had been cleverly and carefully chosen by the board of the association, because the anniversary coincided with the International Franz Liszt Festival.

Photos:
The new House of Music.
The renovated Hungarian State Oper
The speech of  R. Fineske for the guests of the MÜPA
President Gabor Zoboki, Kasel Csaba, Prof E. Marton, R. Fineske
Back to overview
This website uses cookies to enable certain features and to improve the offer. By continuing, you agree to the use of cookies. More information.