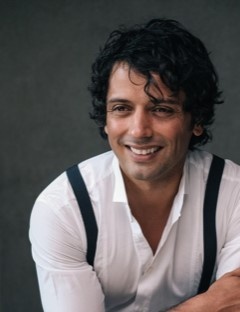 The Richard Wagner Foundation of Chile, established at the end of 2019, has launched the Ramón Vinay Scholarship in December 2020, in honour of the Chilean tenor
Photo of León de la Guardia

Ramon Vinay played a prominent role at the Bayreuth Festival in the seasons between 1952 and 1957. Vinay has appeared in roles such as Tristan, Sigmund, Parsifal and Tannhäuser. His most recent role was as Telramund, when he returned to the baritone register with which he began his career as a lyric singer.

The Ramon Vinay Scholarship was created to support singers and is awarded in addition to the traditional Richard Wagner Scholarship.

The first recipient of this scholarship is the Chilean heldentenor León de la Guardia.